and little toes.
and little people.
and little fingers.
and button noses.
and that super soft wispy hair on top of a newborn's little perfectly scented head ...

another i heart faces challenge ...

let them be little.

one of my favorite little pictures this year. 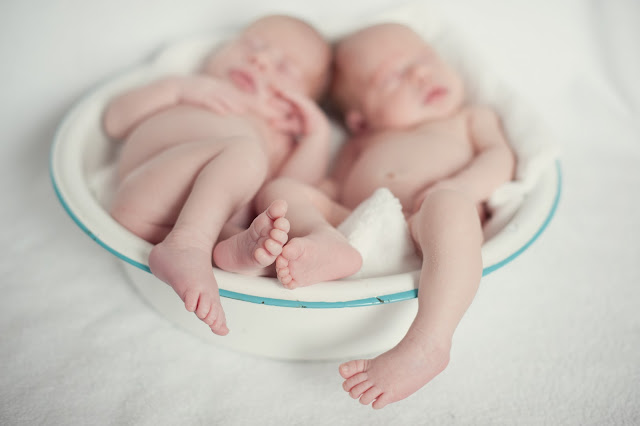 i swear.  is there anything cuter than two babies in a bowl?

check out i heart faces for more little peoples this week.

impromptu puppet show and just how much i truly love my kids.

we had a kind of sort of planned (like yesterday) birthday party at my house today.
my grandma is turning 91 tomorrow.

and we celebrated in the gorgeousness that is (apparently) fall in minnesota.  80-something degree temps.  beautiful blue skies.  no raindrops (though the forecast a few days ago had predicted oodles of raindrops ... thank you for being wrong dear forecasters.)  we had a lovely lunch outside.  we crunched through the leaves that i didn't bother to rake up.  we quietly manuevered our circle of chairs and wheelchairs and walkers into a new patch of shade every so often.

and then the girly-girls pulled out the final straw for making it a perfect day.

they delighted us with a puppet show.

finners pulled up the best seat in the house.  no one fought him for it.

i think it was titled the "mouse and the gorgeous dance by stella and cora olson."  there was something about a mouse.  and a hunter.  and the hunter was hungry.  and the mouse was going to do a dance ... but never did.  and that's pretty much where the show stopped.  but in it's own way continued on.  and on.  and on.

though none of us were really paying attention.

my 90 years and 364 days old grandma got bored and asked to be brought home.

and it didn't really matter what the play was about or what was actually happening ... because it was a moment.  a blip in the time of my life that will never happen just as perfectly again.  there may not be the same characters or audience.  at any given point in the next day or year or decade ... there will be people that are no longer with us.  and there will be bigger girly girls that are less interested in performing and much more interested in boys.  and make up.  and their cell phones. 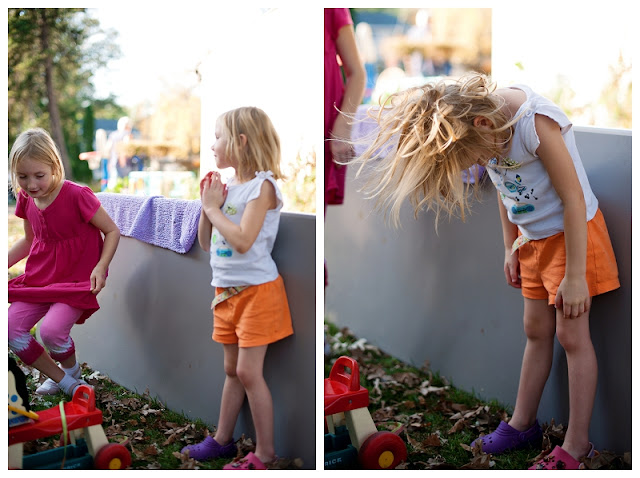 stella so politely curtsied.
and cora took a bow.

in the only way that my cora would.  (notice the mismatched shoes, and the belt.)